STAC-Reports: OpenShift vs bare metal on a modern low-latency stack 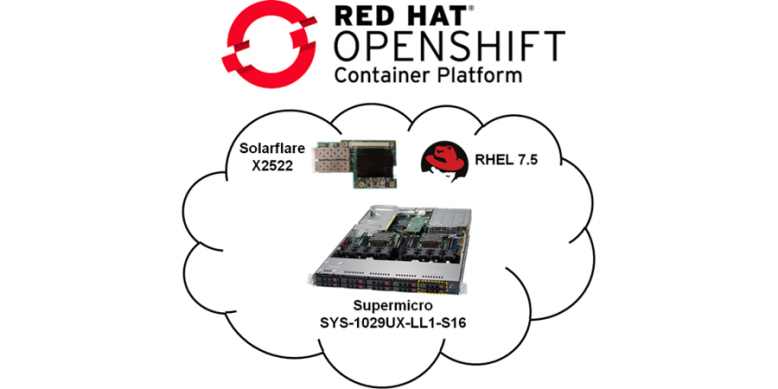 STAC has released two sets of audited STAC-N1™ results from a pair of overclocked Supermicro servers using a Solarflare network stack and RHEL 7.5:

The software stack also included Red Hat OpenShift Container Platform 3.10 (pre-release), along with a newly created Solarflare Kubernetes Device Plugin and pre-start hook mechanism to ease use of OpenOnload accelerated containers. (NOTE: Since the OpenShift configuration included components that are not currently released, it's possible that the performance of the solution tested here will differ once they are released.) The system could switch back and forth between bare metal and containers through a simple configuration script.

The reports analyze latencies and other metrics in detail. Premium subscribers have access to a CSV file with results for several message sizes beyond the standard size used for the report, a detailed STAC Configuration Disclosure, a complete sosreport for the system, a detailed analysis of Spectre/Meltdown mitigations, and the OpenShift configuration files.

If your firm does not have access to these materials, please take a minute to learn about subscription options.